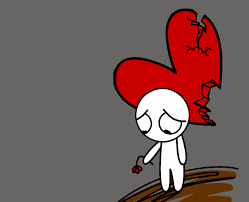 She died of a broken heart. Yes, she did and this is a real medical condition.

Just before her death it was discovered she was also homeless. She didn’t ask for help. She was too proud. No one knew.

She leaves behind a confused and second guessing family. Many questions are unanswered . She was a sweetheart, no one could say anything bad about.

She shook a bunch of us up.

Today, I drove someone to the hospital for treatment. As I waited, I read about Rabbi G’s amazing kids. Kids kicking cancer. Kids–my God. It’s tough enough when they are adults. At the hospital, I saw tons of people hurting, tons.  A lady with a missing leg was at the door,  talking to another telling her how doctors don’t know how she is still alive.

I stopped for breakfast and two State troopers came in behind me. I paid their bill. These guys get crucified in the press and have a tough, tough job. They deserve a break.

Once I was home, a man knocked on the door and wanted to shovel the 2-3 inches of snow on our drive and walk. Mary Ann, my wife, quickly hired him. She said it looked like he could use some money ( it’s been 5-6 years since we hired someone to shovel for us). He looked like he needed help,(maybe he was homeless?) He was on foot and only had a shovel. He also, did a great job!

Now, I have paid for a policeman’s meal before, I have hired a few folks I thought who needed a hand before but…. I think the last couple of days, peeled back the onion a bit and made myself and Mary Ann a lot more aware.

What do you think ?

What happened that woke you up ?

Do you need a wake up call ?

What has happened in your world just recently that shook you up?