My Jaw Must Have Hit My Knees ! 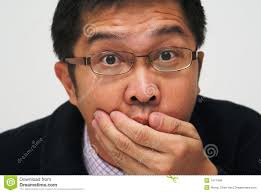 I’m sure we all have asked friends, family, neighbors the simple question-“what’s new “?

I did this just the other day and I’m still recovering.

I ran into a friend in a restaurant I had not seen in about six months  and asked this simple question.

His response floored me for a good couple days.

He said- “I killed my daughter”.

What would you do ?

What would you say?

What would you be thinking ?

I really thought he was uttering frustration and the daughter (who I knew)(RIP) did something that bothered the heck out of him.

Then, I learned there was a tragic accident .

A freak accident that had occurred.

I’ll leave the details out of this, but I was fighting off tears.

The shock of the statement was the only thing that saved me.

I could see and feel the hurt.my friend was feeling.

To add salt to the wound, I found out later, his son was talking to his sister on the phone when this happened.

This was a tough dinner.

After this bombshell, I found out four more BIG life events that had happened to him in the last few months.

Watch when you ask –What’s New ?

You never know what will come next.

Say a prayer for this family–would you ?

PS–Count your blessings–let go of your problems. Compared to all of this–they aren’t that bad !