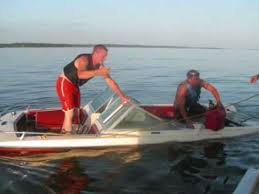 Last night I headed to the Detroit Boat how with my good friend Dave. Neither of us had been to “THE” boat show in at least 20 years (way too long). We had a good time looking at all the eye candy and visiting with one another. The boats were “pretty” ! Or as Tim Allen would say “Arr, Arr, Arr” ! You could park any of them in my driveway  or my dock up North !

The Show itself was a marketing disaster and screamed boring the moment you walked in the door. The show was terrible and NOT a show. It was a parking lot of boats. Boats lined up that you could look at. The end. There was no SHOW involved. Next year I would call it the Detroit Boat Parking Lot. That name would be a better fit. Now I have studied marketing for over 40 years. Western Michigan even granted me a minor in marketing back in the dark ages.

Marketing last night was no where to be seen. If this was one of my marketing clients or a company I was coaching, I’d be going bananas ! In the three hours we were there , I never was given a brochure, key chain, bag of popcorn etc. I never felt welcomed. It was a cold environment. When I took a brochure from a display, I couldn’t  even get a plastic bag with someone’s logo on it ! Now you can say those bags aren’t “green” but come on–there are other good alternatives.

There were no balloons, music, models, raffles, entertainment to make this a SHOW !

It was “blah” with a ton of those “pretty” boats.

Salesmen, saleswomen sat on their asses and snacked, played on their phones , shot the s**t with one another and did nothing to increase their chances for a sale.

Their marketing, sales effort was a negative number.

In three hours we had four, just four, sales folks even acknowledge we were there. Two salesmen, were  at one specific boat my friend Dave was drooling all over . The salesmen at this display did everything right to represent their product but….. never even hinted that maybe it would look nice on the lake Dave lives on. There wasn’t even a weak attempt for a close or an attempt for a later follow with Dave.

The puddle of drool all around Dave was a CLUE !

I left drooling for a chance to use this disaster of an effort to help coach my clients NOT to approach at any of their events or to promote their products or services like the sinking boat I saw last night !